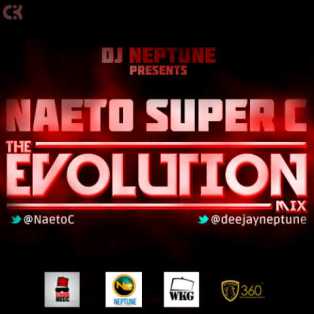 Just weeks after unleashing His hugely successful 2013DJ Neptune #Let’sPartyNaijaVol11Mix &#AfricauniteMix which received over 100,000 downloads, International DJ Neptune is poised to release a brand new mix, a Naeto C exclusive titled “THE EVOLUTION” for all Naeto C fans across the world.
“THE EVOLUTION” by “Super” Naeto C and hosted by his official DJ, DJ Neptune is an 80mins mix-tape of the artiste’s hits dating back from 2004 till 2013, taking us on a musical journey as the artiste evolved to becomeone of the most sought after brands in Nigeria, Africa and around the world.
Eva Blazing International DJ Neptune who just started his 2013 Africa tour in Kenya, Nairobi this last weekend, is one of Africa’s premium deejays. As well as being Naeto C’s Official DJ, He is also #STORM360′s official DJ, #Channel O #Basement VJ and former radio DJ with #Raypower 100 FM..

For Updates on BBM, Kindly Add pin:5931C2AE
View all posts by Magnus Ent »