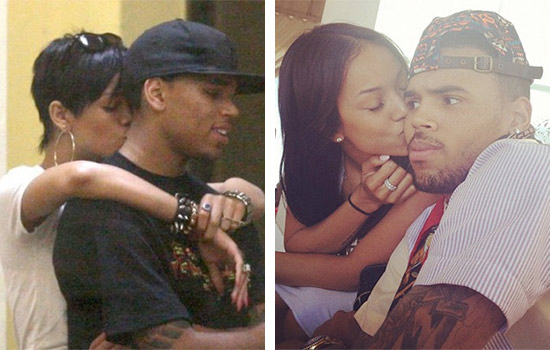 Call her crazy but Karrueche Tran and Chris Brown are full-on living together. Sources close to the couple tell TMZ they hooked up days before his 24th birthday earlier this month and she’s been staying at Chris’ Hollywood Hills home ever since.
Though she’s keeping her own apartment – smart – she’s already moved most of her clothes and other personal belongings to his pad.
And it’s not like they’ve been secretive – they’ve been spotted everywhere lately, hitting up the Billboard Awards afterparty and even rear-ending a Mercedes together.
Karrueche’s one persistent scorned lover — when Chris first dumped her back in October for Rihanna  — she vowed to win him back as TMZ first reported

So where does this leave Rihanna? RiRi and Breezy officially called it quits a few weeks ago … but they’ve ALWAYS had an on-again, off-again relationship … and Chris has made it no secret — he loves ’em both.

Hey Karrueche … you ever heard the expression, “Fool me once …
Rihanna really needs to move on from this guy…it’s almost like she’s convinced he’s the only guy who can make her happy!