Enjoy this PUNCH newspaper article titled “Flop of the week”
Mavin
Records’ first lady, Tiwa Savage, used to live in the UK before she
returned to Nigeria. Of course, over there, she was relatively unknown.
She once participated in the UK’s X factor.

It didn’t get her the
desired fame. Tiwa was still irrelevant while she was there and
therefore wouldn’t have dared to assault a UK policeman.

However, when Tiwa came back to Nigeria,
her talents blew up. She became recognised, got signed under one of the
leading record labels, bagged endorsement deals here and there and
became a popular face. Of course, she joined the league of the A-list
acts that now laugh all the way to the bank.
Now, Tiwa can afford to assault a Nigerian policeman as alleged.
It was reported earlier in the week that
the pretty singer was whisked away by the police for allegedly
humiliating a policeman who apprehended her for violating traffic rules.
Those who were there claimed Tiwa got down from her car and angrily removed the man’s beret.
Not just a few condemned the alleged attitude. Tiwa may have lost some of her fans over the incident.
“Tiwa Savage is a disappointment for
daring to remove a policeman’s cap. What point was she trying to make by
such a crude act? Does she know that she is a role model to many, by
virtue of being a star, and that her irresponsible behaviour goes far
beyond the confines of her abode? I hope she realises her mistake and
apologises to the police as well as her fans,” a fan said.

Just a week after the Valentine day announcement of Di’Ja, the Boss of Mavin Records; Don
Jazzy, who has for months, kept his ears close to the ground and his eyes opened in search for quality talents to upgrade the music industry to what he calls 2.0., unleashes yet another MAVIN to the family.
He is called “REEKADO BANKS” and he is everything you can ask for. Born Solomon Ayoleyi Hanniel, Reekado Banks is a gifted singer and song writer. The final year History and Strategic student of the university of Lagos, Akoka is young, God fearing, fun and spontaneous. Best described as a fine combination of talent, Determination and swag, REEKADO BANKS is set to make history.
His first official single under Mavin; “Turn It Up” which features mavin’s first lady “TIWA SAVAGE” is a melodious entreaty that screams get up and dance. Definitely a party anthem that is sure to make it to the top of DJs’ playlists.
Imagine blending country, dancehall and afropop music in a Don Jazzy way. “Turn It Up” is just a
snippet of Reekado Banks abilities. As a valuable addition to the incredible team of Don Jazzy, D’Prince, Tiwa Savage, Dr Sid, Reekado Banks joins new label mate Di ja to further strengthen the new frontline of the Mavin 2.0.

The event that took place at “The Place” Lekki, Lagos on the 14th February, had Solid Star, Tiwa Savage, GT Tha Guitarman, Yemi Alade, Emma Nyra, Olamide and Phyno as performing acts with DO2daTUN of Cool FM and Gbemi of Beat FM as hosts.

The Port Harcourt leg was held on Sunday 16th of February at Eddiz wine bar and hosted by comedian, Arinzebaba with Phyno and Solid Star headlining as well as some local acts.

Put together by MotBensonz solutions and sponsored by Top Tea. 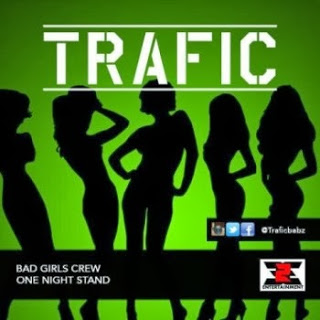 323 Entertainment present Trafic in new video “Bad Girls Crew” and audio of another single “One Night Stand” produced by Spellz. 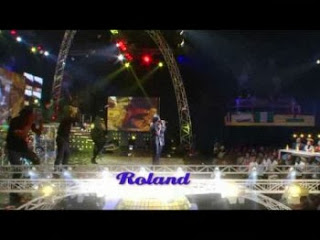 It’s almost here! Tiwa Savage‘s debut album “Once Upon A Time”, one of the most anticipated albums in the Nigerian music industry, is about to drop. In lieu of its arrival, a select few of industry people have been invited for a private album listening party. There, they’ll get the exclusive privilege to be the first people to ever hear the full compilation.

With the likes of Nigerian music divas, Waje & Omawumi who also dropped albums this year, 2013 is definitely the year for the female Nigerian artist.

The two music stars will be the host of a new TV talk show which will air on Mo Abudu’s lifestyle cable channel, Ebony LIfe TV.
I hear the show will be centered around Tiwa and Banky W discussing several topical issues like gay rights, cheating, corruption, religious issues, the entertainment industry etc and will invite their friends and guests to join them in discussing these issues. The show will be similar to popular US talk show, The View.
I don’t know what the show is called (they are keeping that under wraps for now) but I do know that they will start shooting this weekend. I know this because I will be a guest on the show. My amebor is too much! Lol *I’m not sure I’m supposed to say that* Oh well…:-)

The video was shot in Cape Town, South Africa by famed music video director, Mark Hofmeyr. The video will premiere this weekend.

Nigerian companies are increasingly leveraging the entertainment industry to cast their goods and services in better light and this has opened up a N500 million market for music artistes, actors and sportsmen.

The fledgling ‘Brand Ambassadors’ market, BusinessDay investigations indicate, may grow to over a billion naira at the end of the year, following expected new brand associations with players of the Super Eagles,who recently won the African Cup of Nations in South Africa.

A good number of Nigerian brands, especially in the telecommunications and banking sectors, are now associating with creative personages in music and acting, as well as sports, to further their brand reach to targeted audiences. The trend which started a little over five years ago, has gained more relevance as a result of increasing exposure to television and major sporting events in the world. The popularity of the Nollywood industry is also giving fillip to brand ambassadorship.

Top celebrities in the Nigerian creative industry have in the last five years found this growing business a new way of making earnings. Acts like Psquare, D’banj, Davido and Wizkid have variously been endorsed by companies as brand ambassadors. A brand ambassador is a celebrity employed by a company to promote its products or services.

The brand ambassador is meant to embody the corporate image of the company in appearance, demeanour, values and ethics. At the most basic level, he has the sole responsibility to represent the company in positive light and express the message of the company in a way that consumers can gain further understanding of the company. It is quite different from modelling which has been at the root of advertising. However, a celebrity who promotes the services of a company and is not paid for doing so is referred to as brand advocate.

It all began when companies like the telecommunication giant Globacom started appointing well-known names in the music industry and Nollywood as its brand ambassadors.

Psquare and D’banj were the highest paid in 2012 with Psquare signing a four year deal worth N240 million. Other Glo ambassadors like Van Vicker, Basket Mouth, Ego of the Lagbaja fame amongst others got between N10 and N50 million.

For a live performance, Psquare charges N15 million. They are the most highly prized in the music industry and this explains why they don’t get as many shows as their counterparts like 2face, Dbanj, Davido and Wizkid.  With an average of 50 shows in a year, P-square makes N750, 000, 000, annually. The N240 million Glo deal, media experts say, is an extra income as they don’t have to go through the rigour of energetic performance to make such money. The N240 million deal means they made in a month what they would have made in a year and a half.

In addition to Psquare, D’banj is another artiste highly favoured by brands. Reports say he is top on the Glo brand ambassadors list, earning as much as Psquare. 2face also signed a deal with Guinness, worth several millions of Naira some years ago. Today, he is the new face of Airtel, a deal valued at several millions too.

Recently, Samsung announced Banky W and Nollywood actress, Kate Henshaw-Nuttal as its brand ambassadors. Banky W signed a one year deal worth N100 million. Banky W charges between N2 million and N5 million per show, with an average of 70 shows a year. He makes an additional N350, 000, 000.

The issue of celebrity endorsements as a platform for driving sales by companies is still evolving. Industry experts say the maturation levels are still very much in the lower stages. According to them, some companies and organisations have not tried to achieve a strategic fit between their brands and the chosen ambassadors. The observable trend is that companies simply select a known face and name to endorse their brand, without considering if such personalities fit  what their brand stands for. It is may be difficult to strike the necessary state of equilibrium required for the optimal brand equity benefits.

The benefits of brand endorsement to the artistes is huge, as they get paid handsomely, depending on their negotiating power adds Adekunle. ‘It also exposes them to other business opportunities with those brands. It helps them discover their other potentials and self worth.’

Also this year, Nollywood actor, Jim Iyke was appointed the brand face for Virgin Atlantic airline. The deal which was signed in Ghana some weeks ago, is worth N23 million. ‘To Gatwick to shoot the Virgin Atlantic commercial. Excited Beyond words, Oshe Baba! Grateful!’ lyke tweeted about his booty a week ago.

N23 million will go a long way to augment the glamorous lifestyle that Nollywood stars like Iyke are exposed to in an industry where the glamour overshadows their take home pay. Nollywood is not as well paying as America’s Hollywood. Yet the industry’s glamour gives a larger than life picture of the real financial worth of these celebrities.  The current market value of Iyke is put between N750, 000 and N1 million for him to star in a film. With an average appearance in about 20 films a year, Iyke makes N20, 000, 000 annually.

Victor Okhai, a film maker, says the idea of brand ambassadorship is good for Nollywood because the alternative will be for them to do celebrity appearances, like what Kim Kardashian did when she visited Nigeria recently, which is not the best for an established industry like Nollywood.

‘I like what the local industries are doing,’ he adds. ‘They are contributing to the growth and development of Nollywood, which is better than using foreign actors and actresses. Do you know that some presidents outside Nigeria invite Nollywood actors to join them on the campaign trail? It is an industry well recognised outside the shores of this country.

The actors cannot be blamed if the company does not get the desired value from the contract. That should be the job of the brand manager who then decides what his organisation stands to benefits from such ambassadorship deals.’